I have arrived at Malta in 2014 as I have realized I better off leaving my hometown behind and let myself got engaged with various new adventures in a new country or maybe around the World.

I was looking for a country were English is widely spoken and the weather was better than in London. I also have been living there, but after three years I just cannot stand the rain anymore.

After a few months of preparation, I arrived at August. When I say preparation, I mean I have seen some nice photoshoped images about my destination, and one or more videos on YouTube, and a little research on Wikipedia. Other than that, I just had a Maltese friend from London. Later, I understood that my timing was a big mistake, as the life literally stops in August, so not the best time for job hunting.

My flight was fine, I did what I always do when I fly: trying to guess what could be precisely under the plane.

Even though I did see a lot of thing about Malta I imagined to be a little different. Or I was not imaging anything, and that could be a perfect explanation for my three day being-in-a-shock after I have landed.

I have never left Europe and to tell the truth, I did not expect to do now either. Just before the plane hit the ground, I realized that this is something quite different from anything else I have ever seen or imagined before. It felt like I am in Cairo. But again: I have never been to Cairo either. 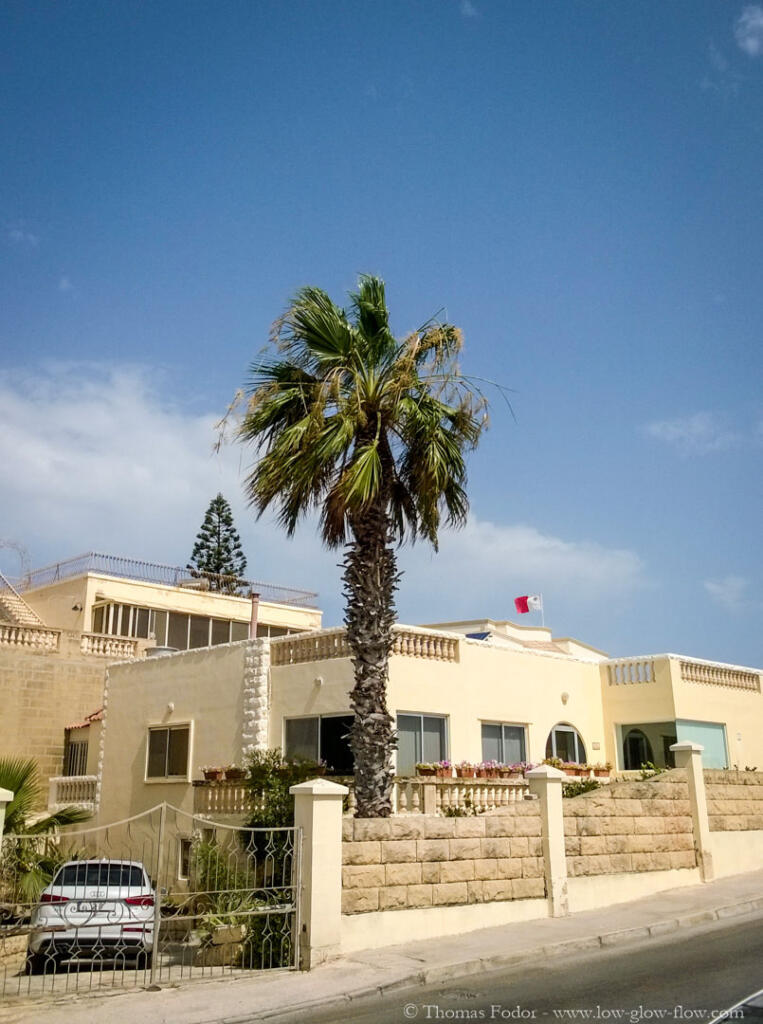 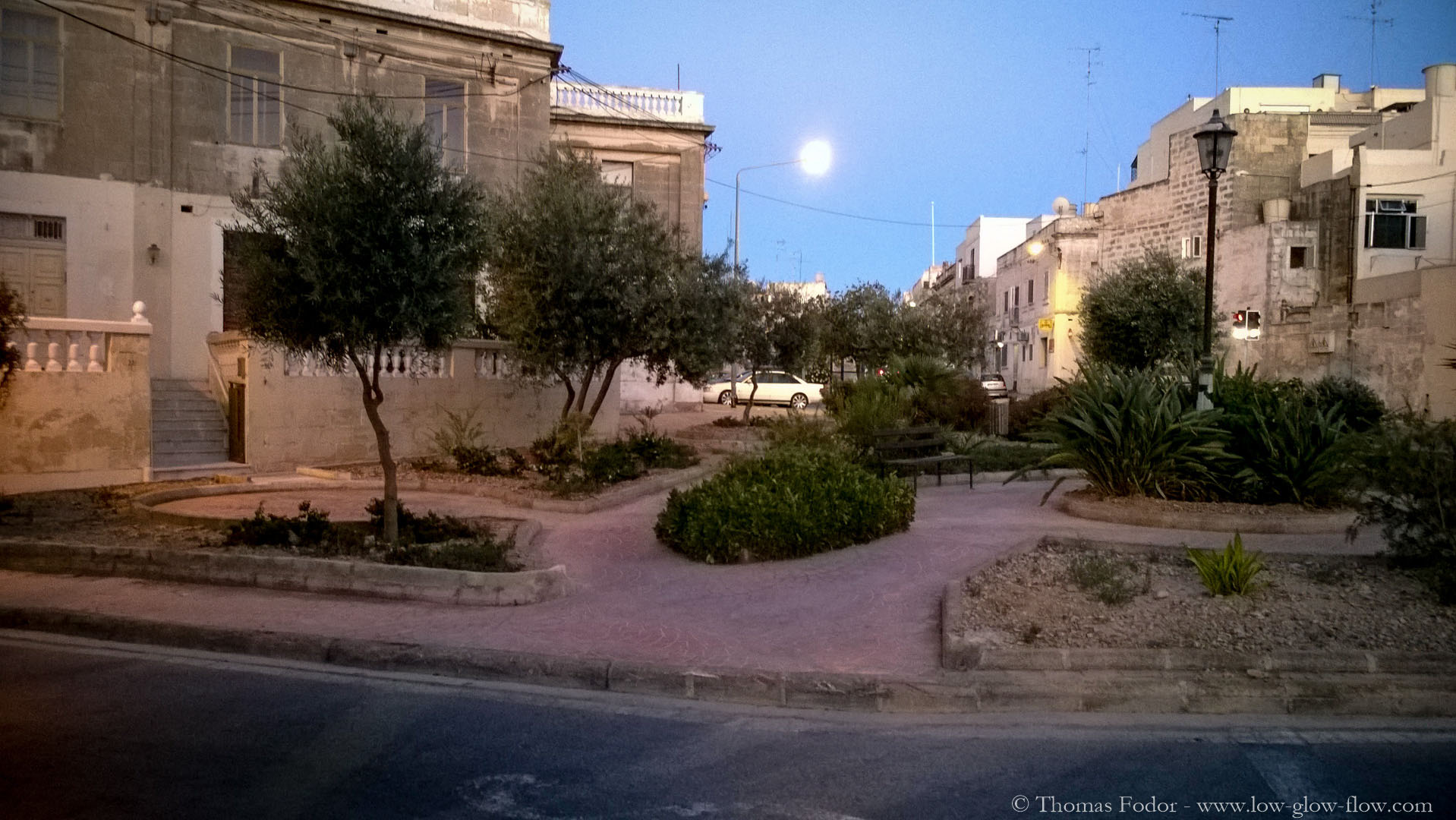 I got my flat arranged before my trip, so I have not arrived into the unknown. I just remember three things on my way from the airport: palms, pallid-yellow buildings and cats.

On the first night I went up to the roof and had look around. I needed to note to myself: Yeah, this is different…. 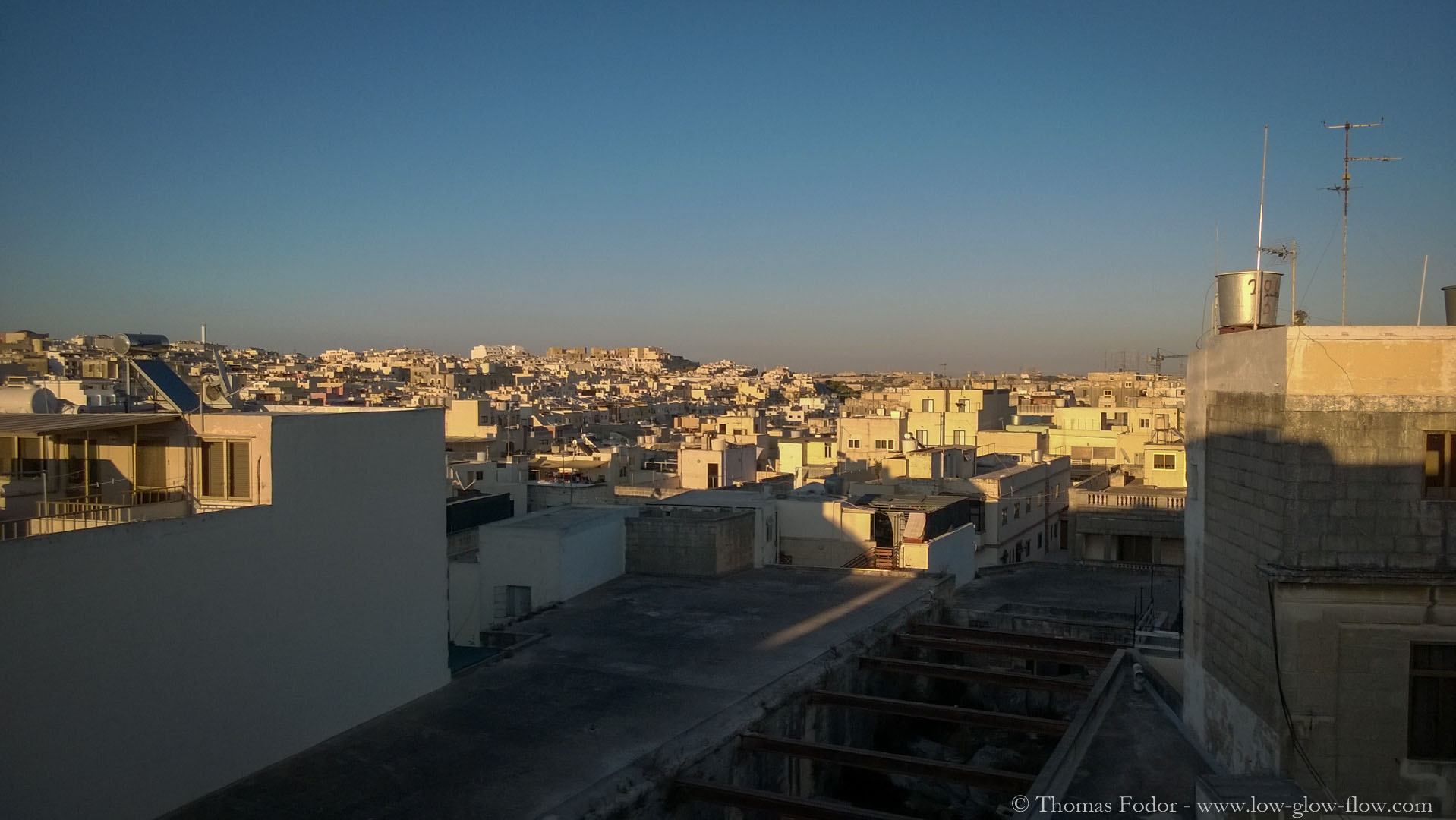 I had the urge to celebrate myself with a nice dinner, so I headed to the nearest harbour to find a decent restaurant. I knew I cannot be disappointed with the food if you are anywhere south of Germany… My pizza was great.

Knowing that I cannot achieve anything that day gave me a great excuse to enjoy myself and take a long walk in the harbour. 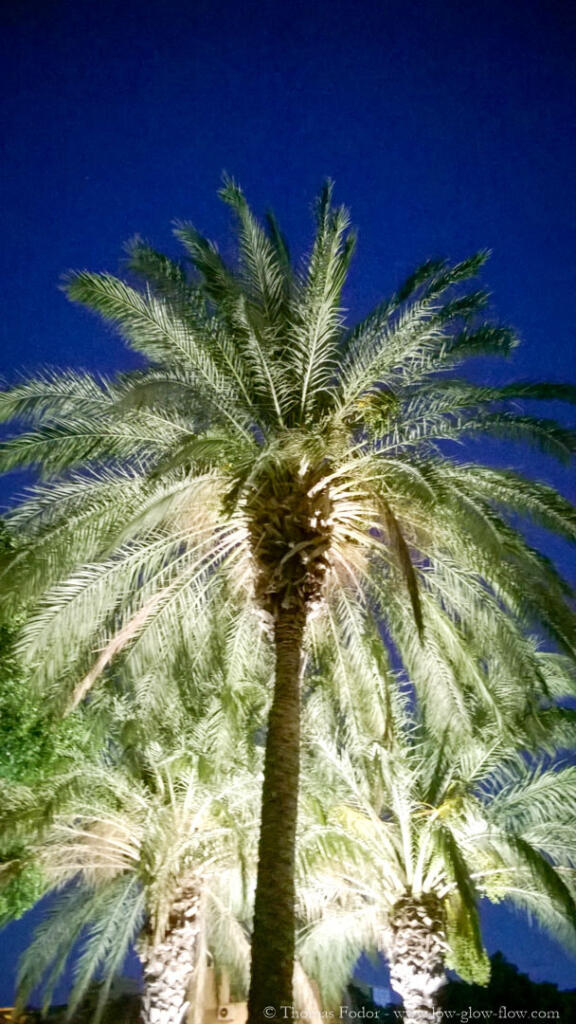 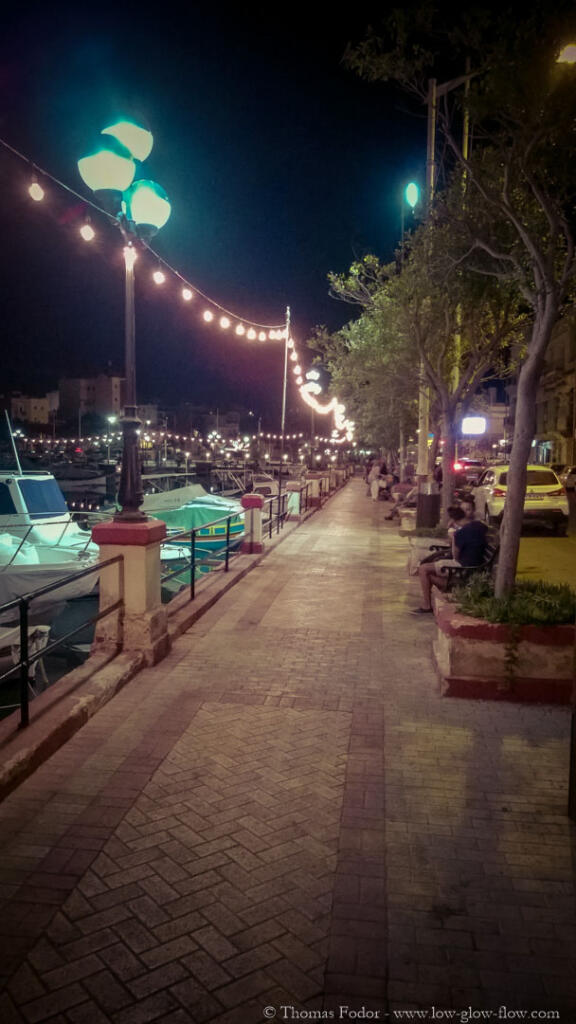 On the next day (still believing that this makes sense in August) I went to hunt for a new SIM card. This was not a hard task, apart from the fact that there are no shopping malls, the first shop dealing with such a business was jutted between small townhouses and churches on a narrow street of a town called Birkirkara.

But after a few minutes I was reachable on my unlocked phone I previously purchased at home. I instantly needed to learn how to top-up my phone for a mobile internet as well. Nowadays you are dead without internet, especially me.

On my first weekend I established that fact: there is a ‘lot’ of churches around here. And this ‘lot’ is actually above 350, which can be a little strange regarding the fact that the whole island could fit into the area of my hometown, Budapest. And I do not think that we would have 350 churches in the county. 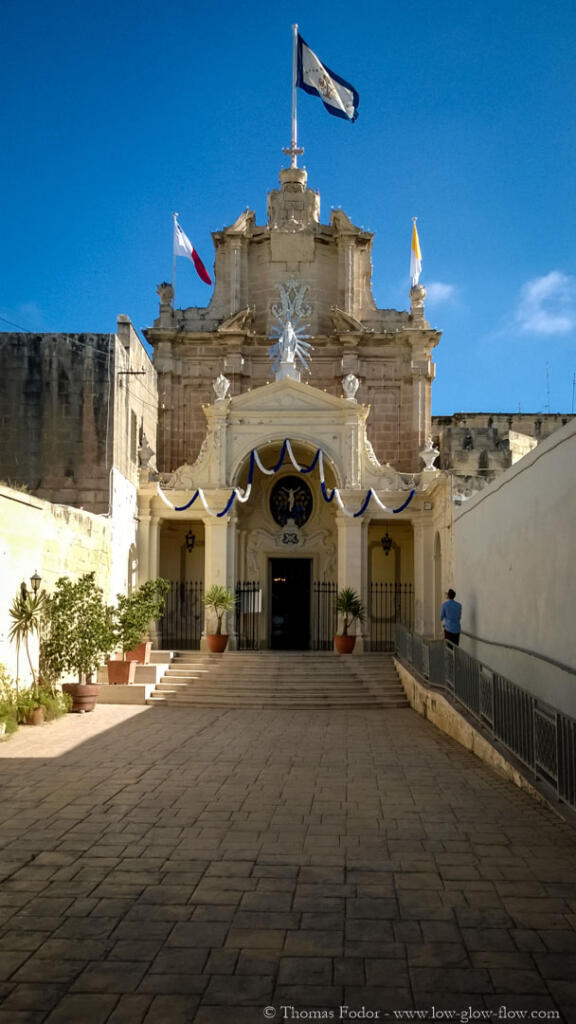 Every house looks like a church to me because every house has a religious statue stack on it, and with an eighty percent chance the house itself named after a saint as well. Naming your house is also a strange concept for me.

But thanks to God, there are the cats. Everywhere. When I say everywhere, I mean it. There are cats in every 10th window, on the streets, even on the tables sometimes in the open-air coffee bars. 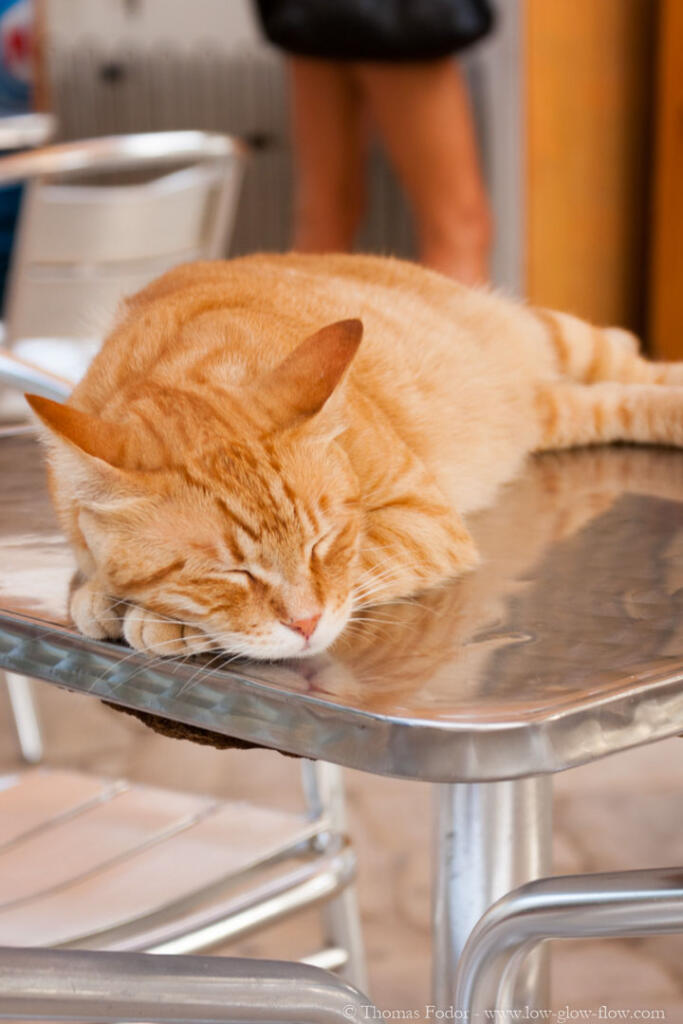 Maltese people always have a reason to celebrate in the summertime. They could have a firework any time. This means morning, midday or midnight, any day, even on working days. Some firework is just a sort one, where you only can see smoke and hear the shots. They obviously have some sort of system, like starting with the small ones, and having the big ones on the weekends, but is not that easy to figure it out.

Although the beaches are ridiculously small, one of my favourite things in the island is the turquoise colour of the sea. When you are standing in the waves and see hundreds of shades of this colour, it is mesmerizing. 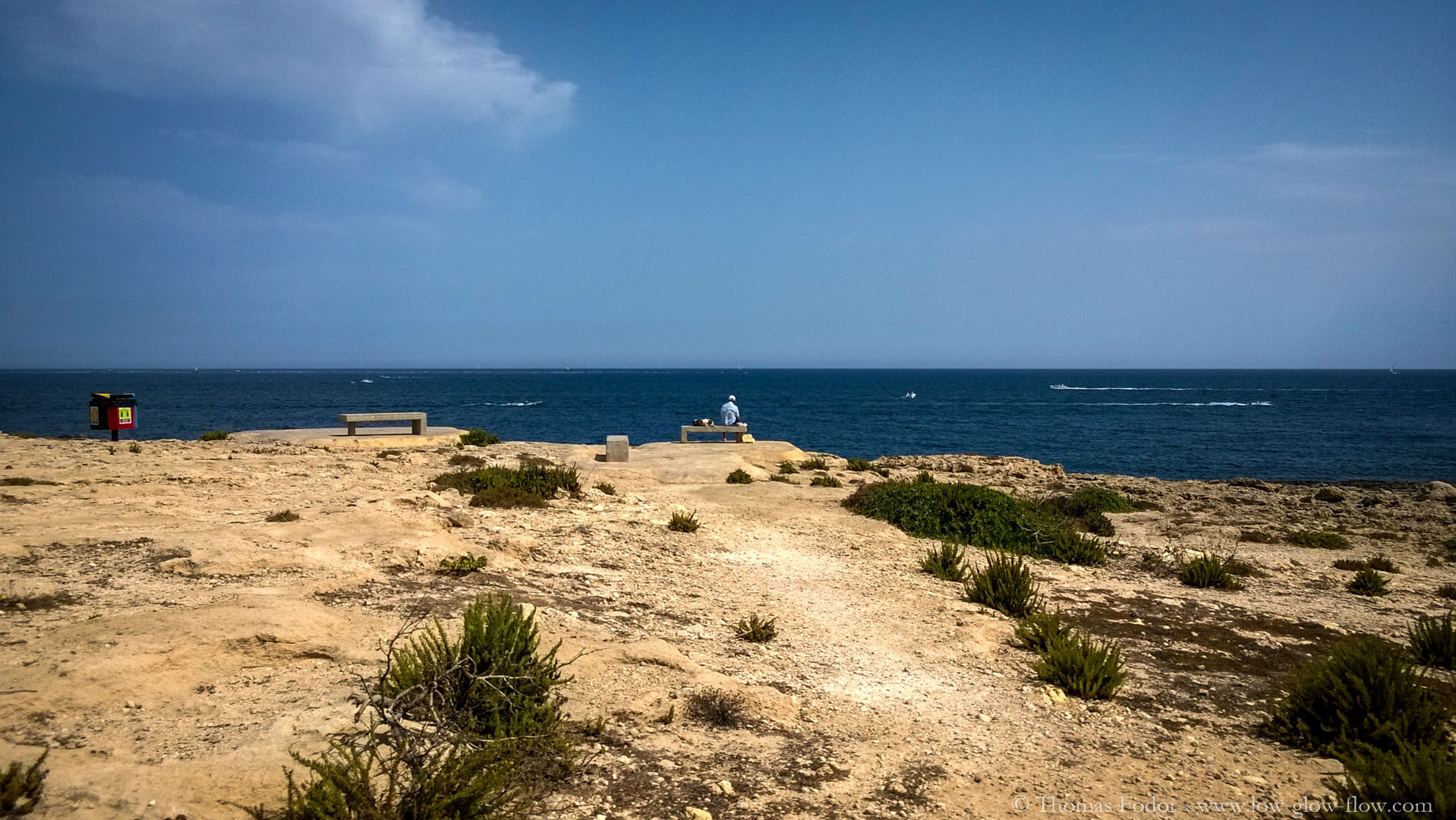 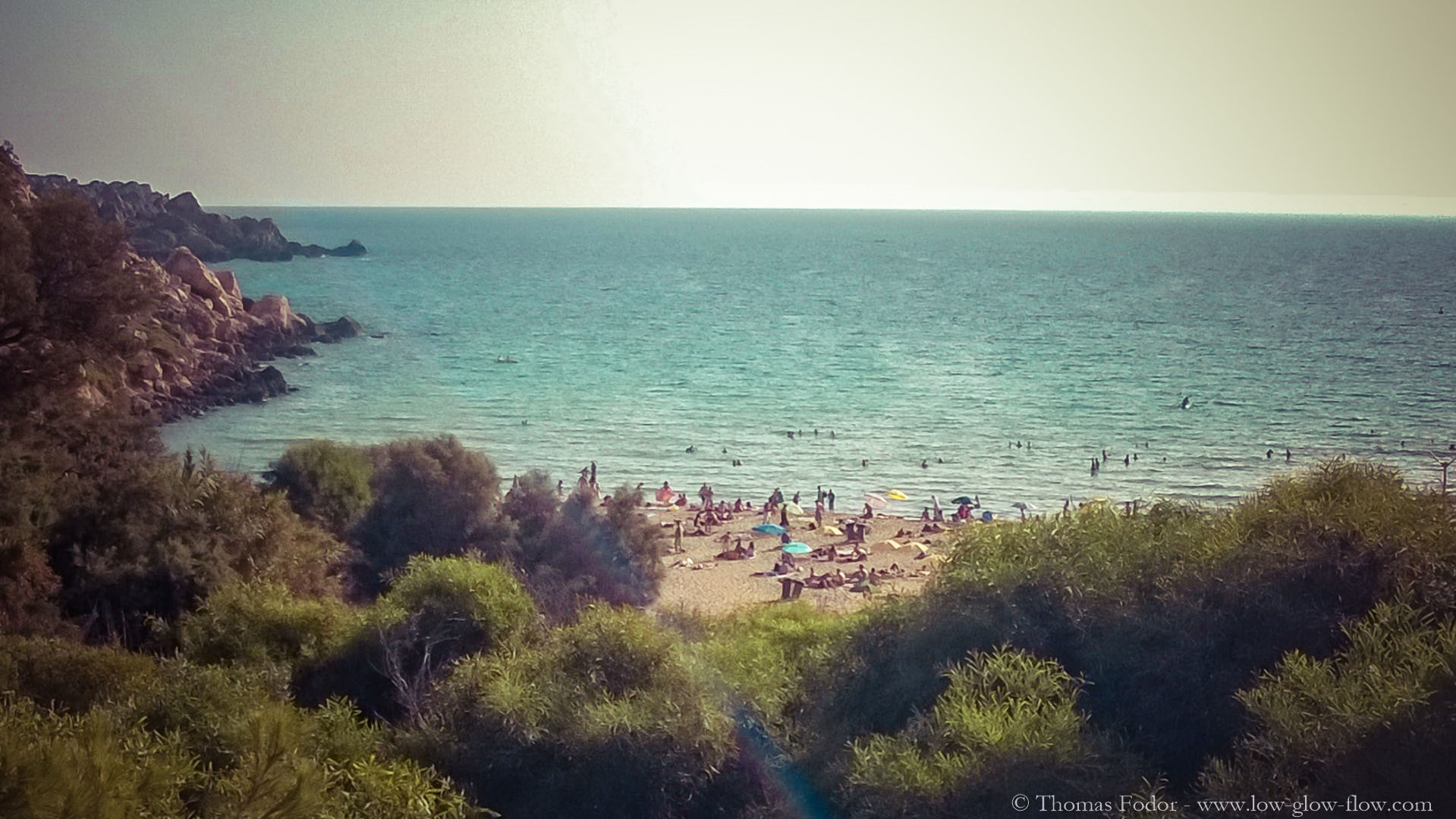 The Maltese language is funny. Imagine yourself listening an Arabic, an English and an Italian radio channel in the same time.