It is safe to say that they have brought out everything that can be made from a single fruit. It is said to be pineapple and not orange because the orange groves were eradicated by a disease.

The fruit has been given an own, small museum, where the history and tools of fruit growing are presented. 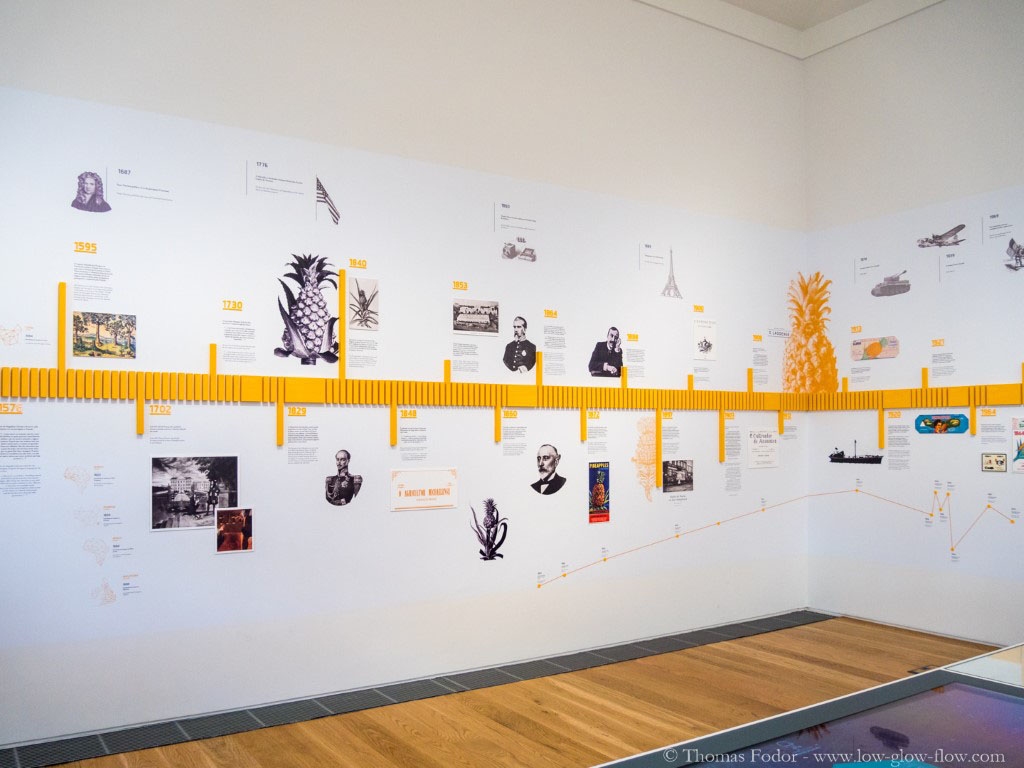 So, in theory, Christopher Columbus first tasted the fruit on November 4, 1493. I think someone wrote it down then, thinking: maybe it could be important later 🙂 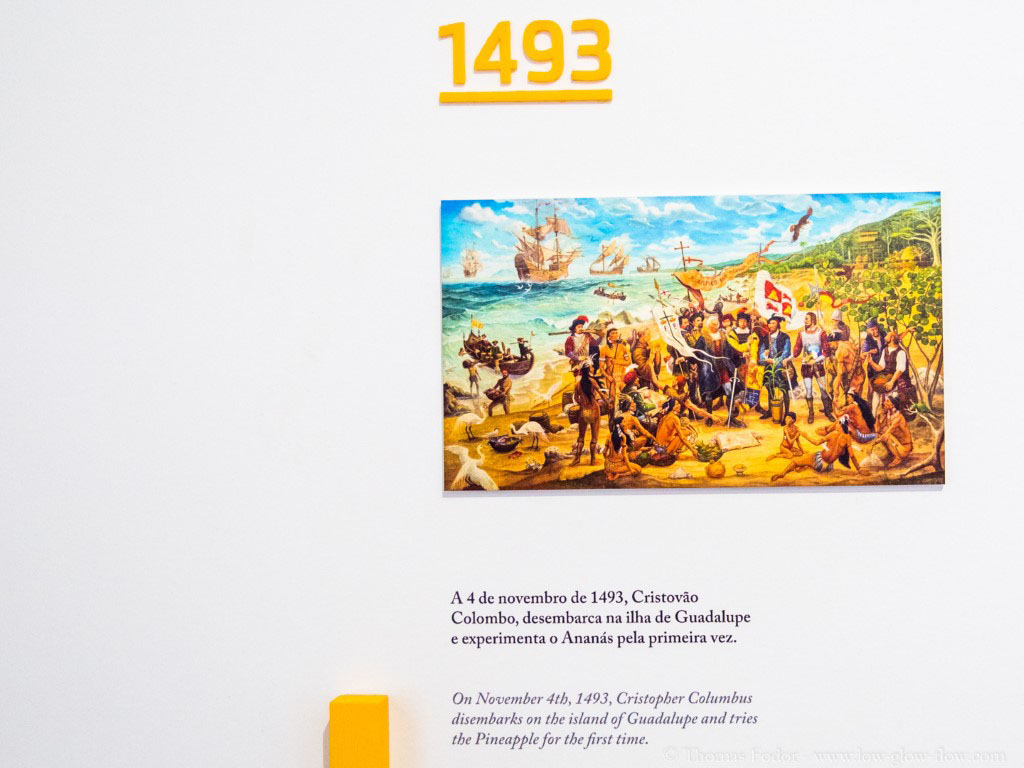 This big-bearded gentleman, Antonio Borges, began cultivating and built the first greenhouses on the island. 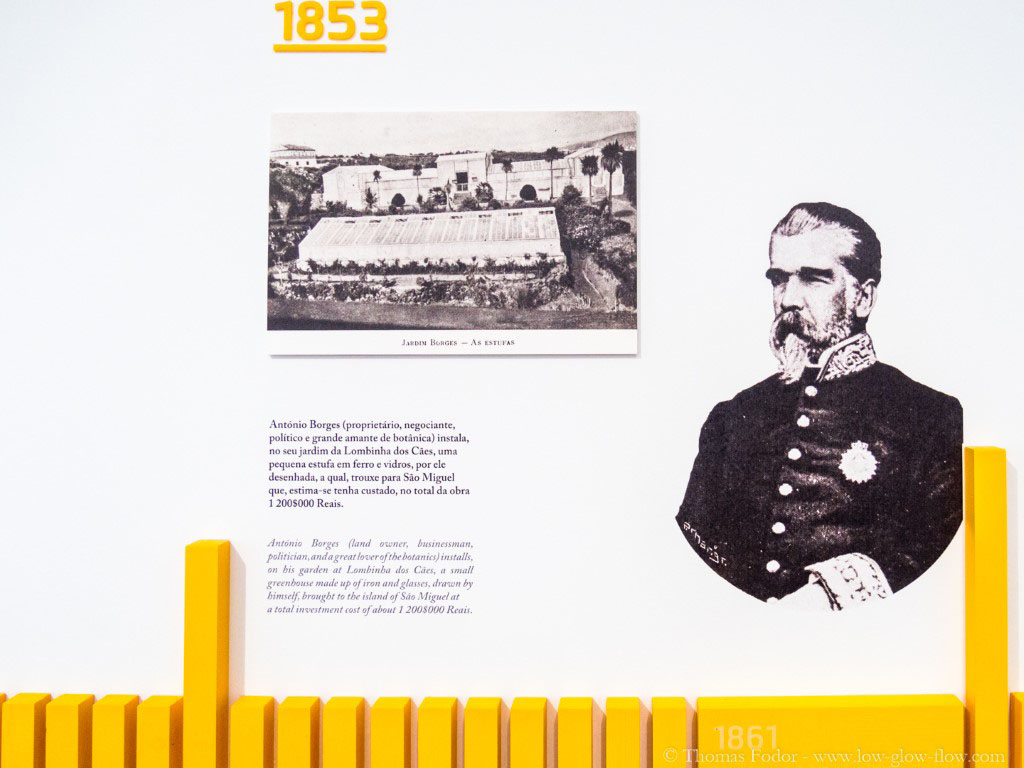 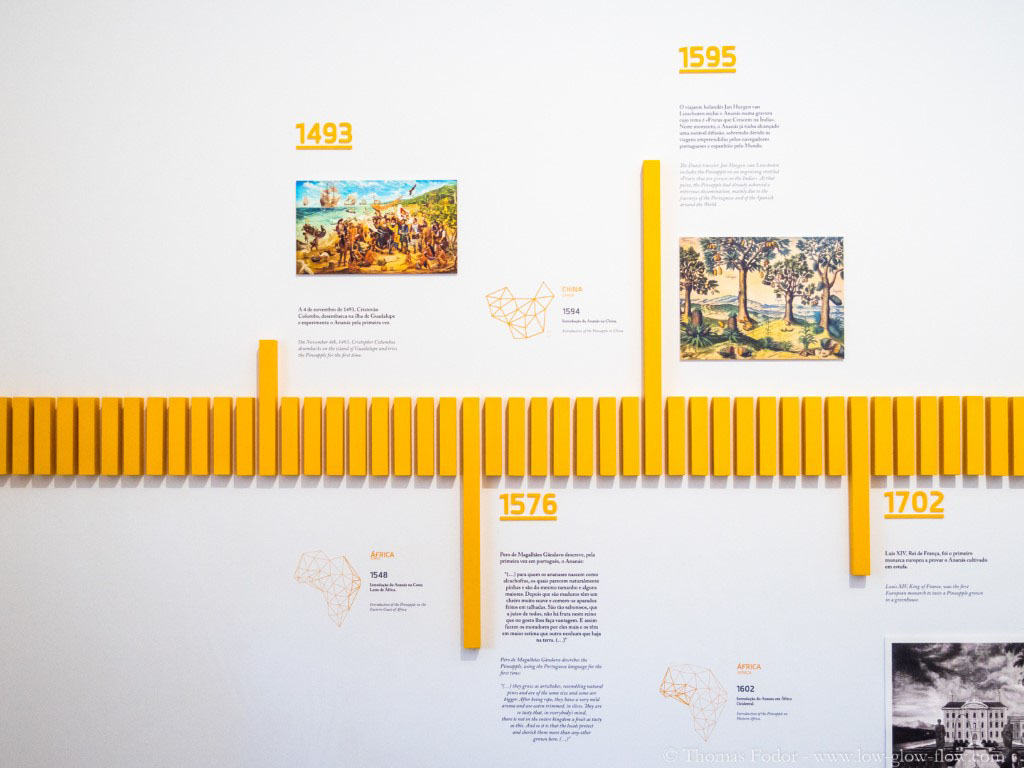 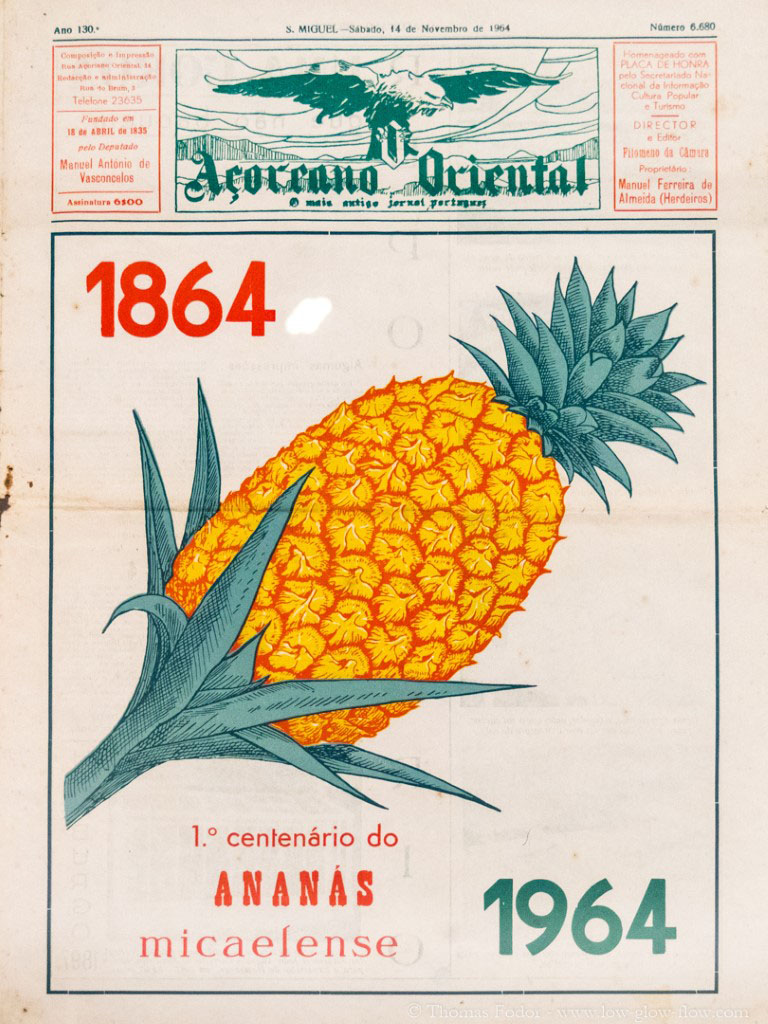 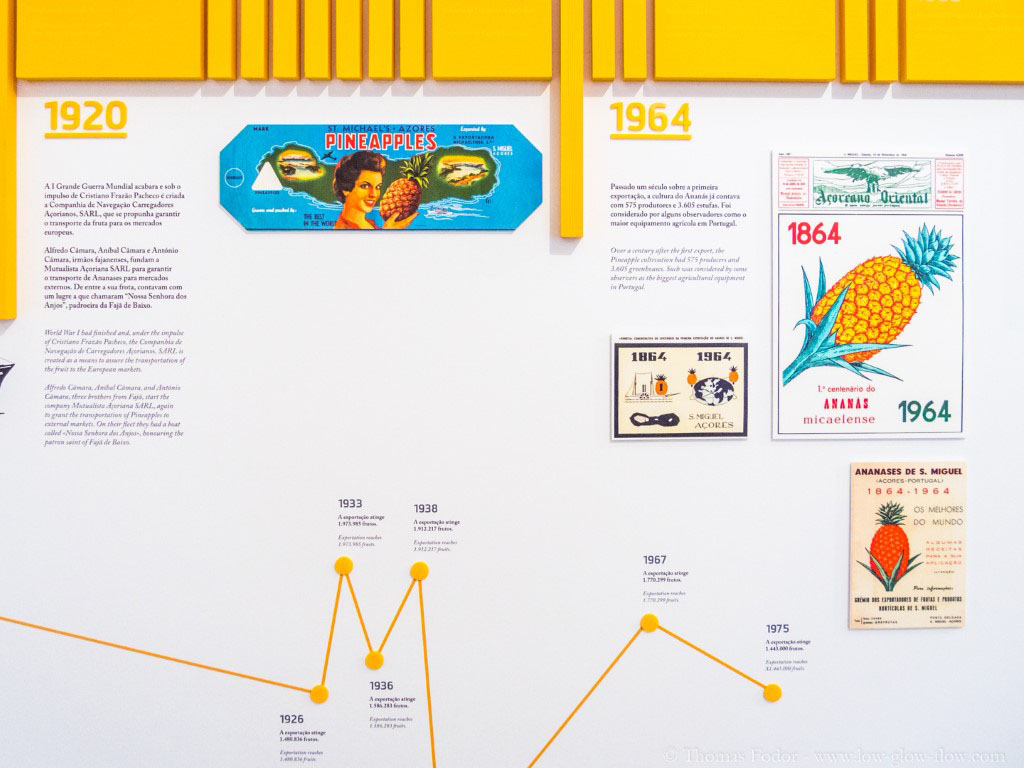 After the First World War, the fruit was given its own brand and got exported. 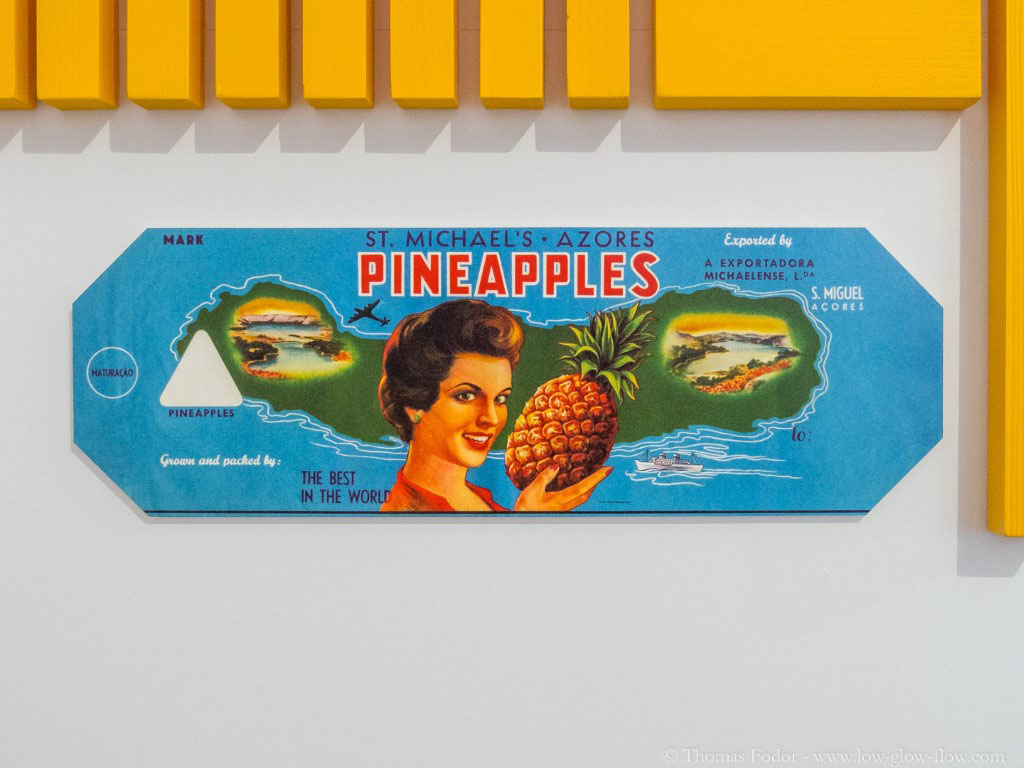 Use these stamps to mark the boxes. 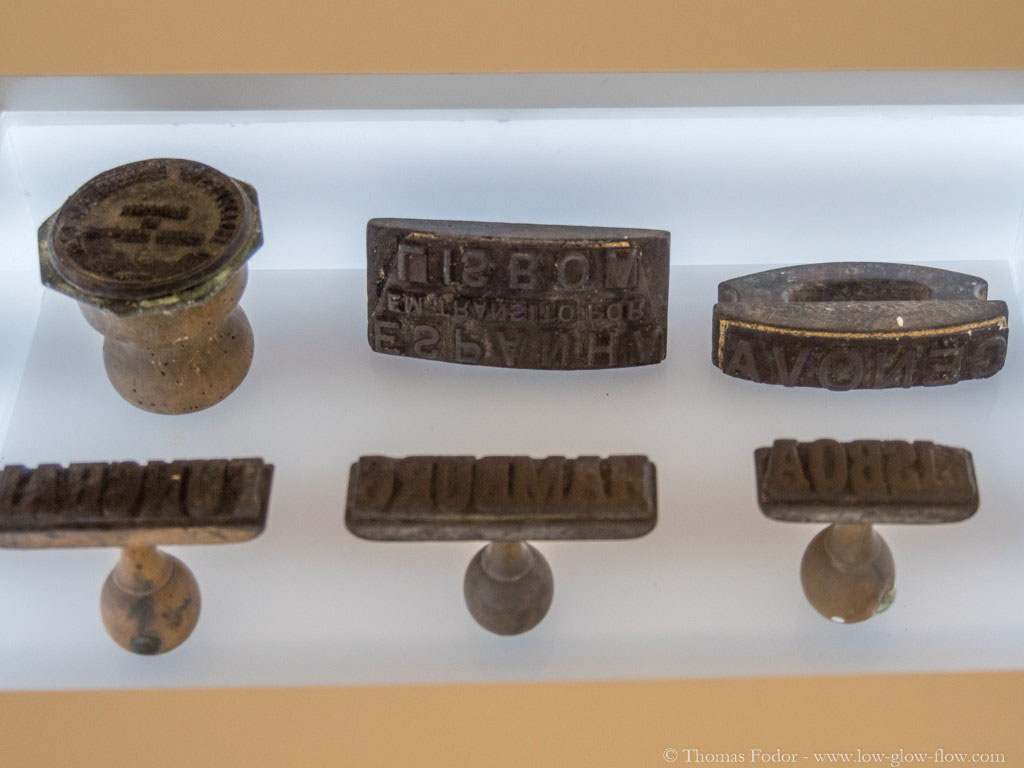 And this is the pineapple size-checker 🙂 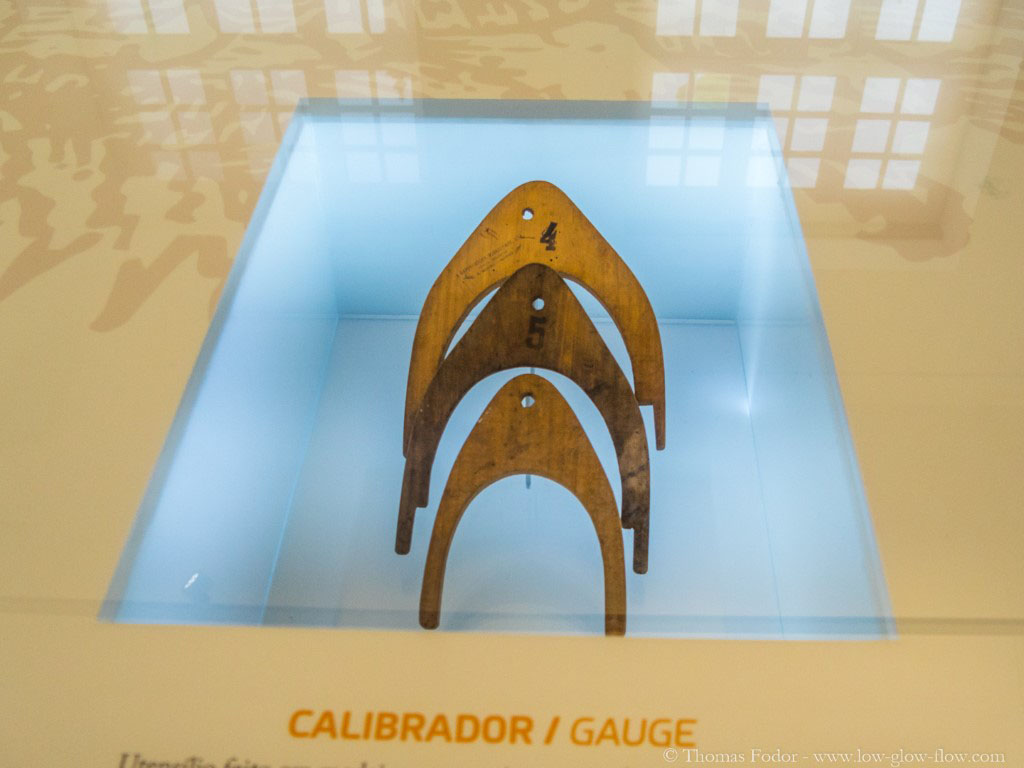 It even got an interactive presentation. 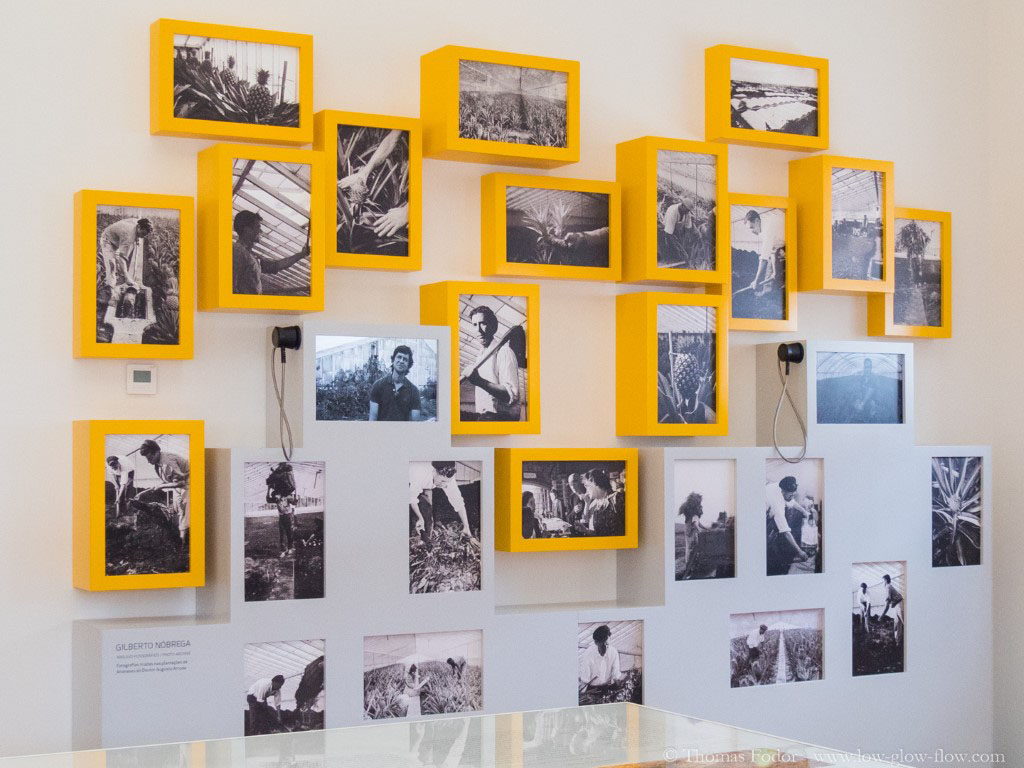 And this is a greenhouse model. 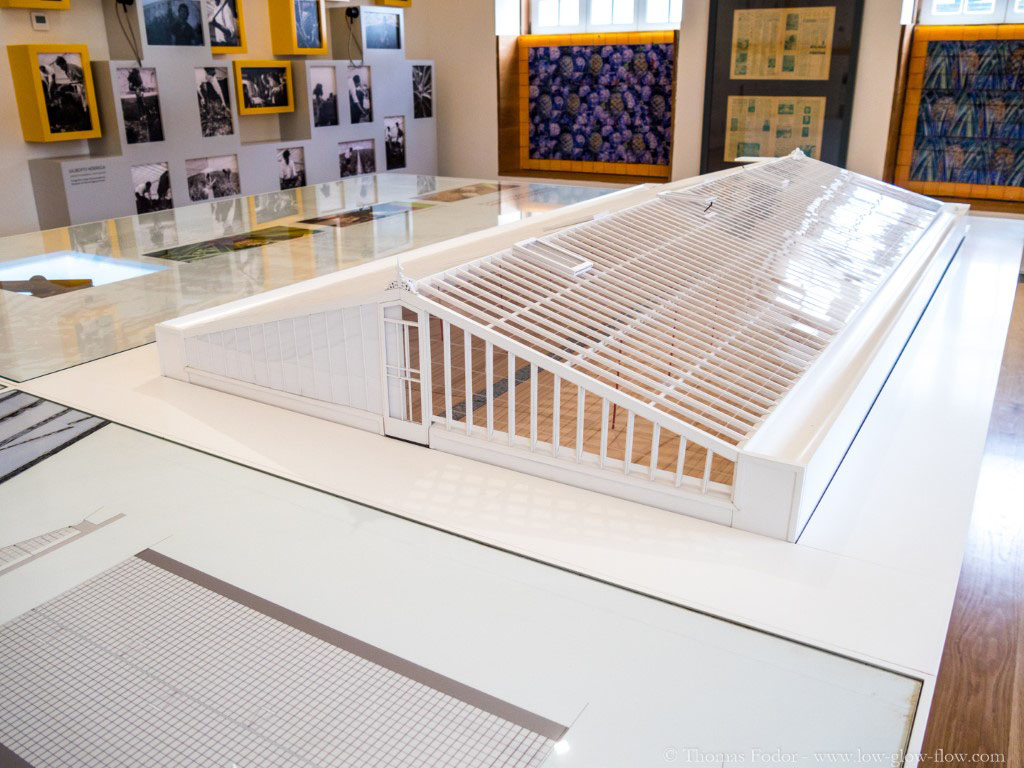 An Azorean pineapple gains its final form in 24 months. Of course, this is the price of 6 euros / kilo. Given that the same thing happens in 6 months in other, warmer countries, we can assume that it is only grown out of patriotism and / or boredom, because the whole thing smells like waste of money… 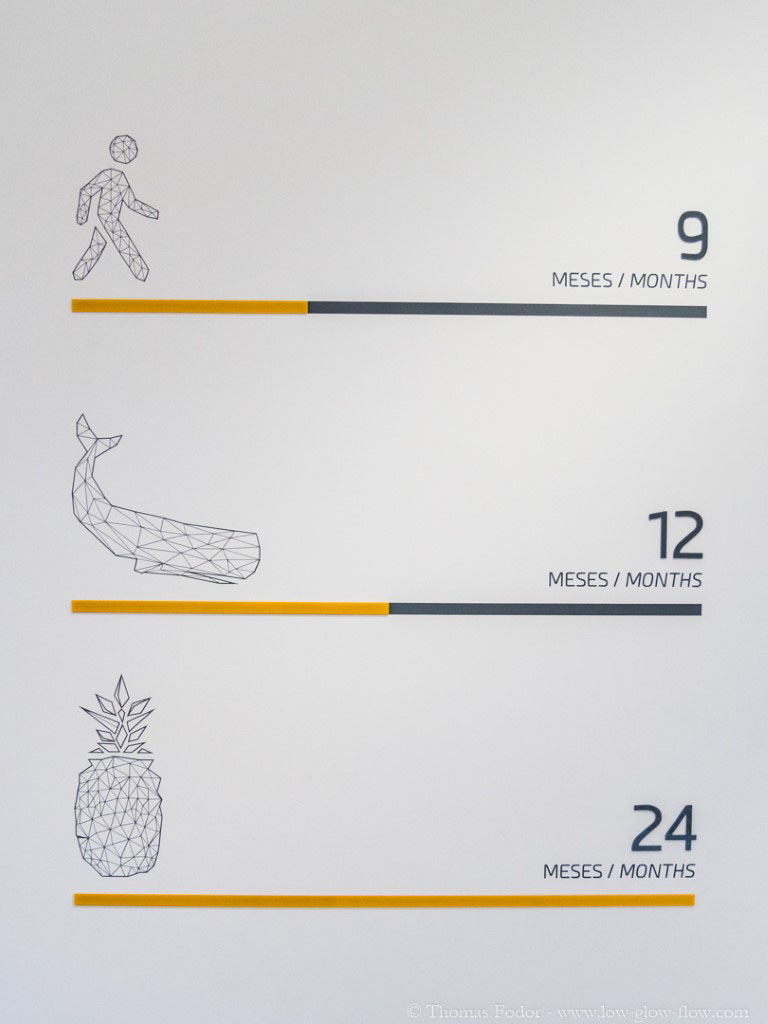 After visiting a museum, you can go to the plantation. Here we got seated strictly so you must watch a 7-minute charcoal all the way through. 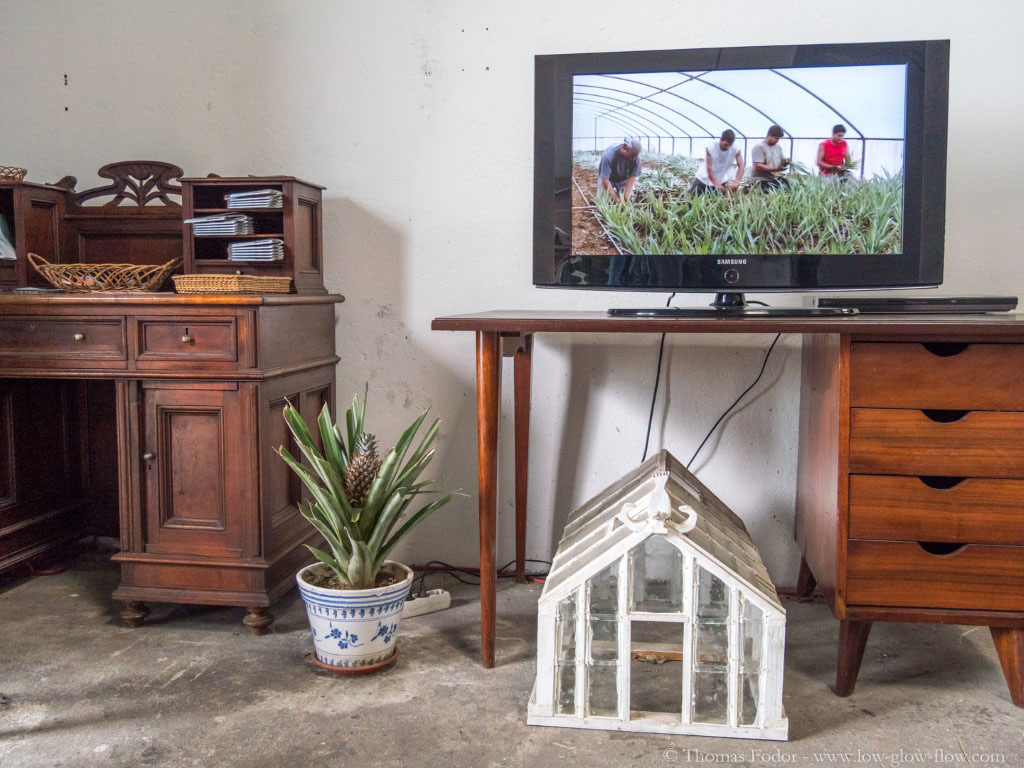 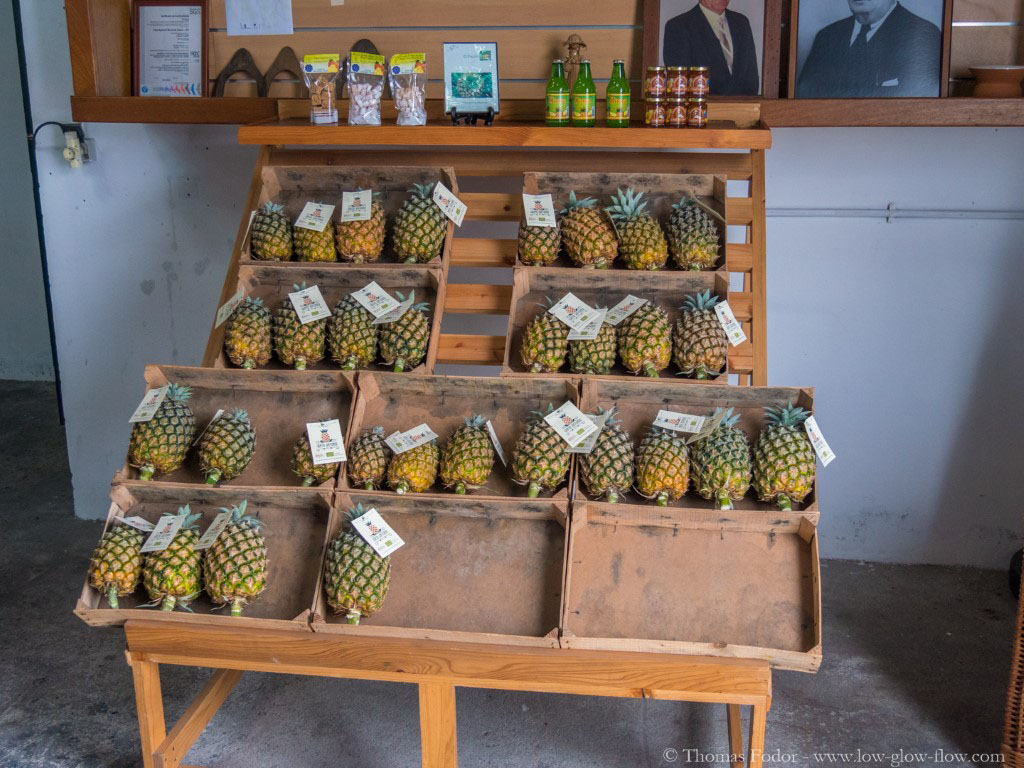 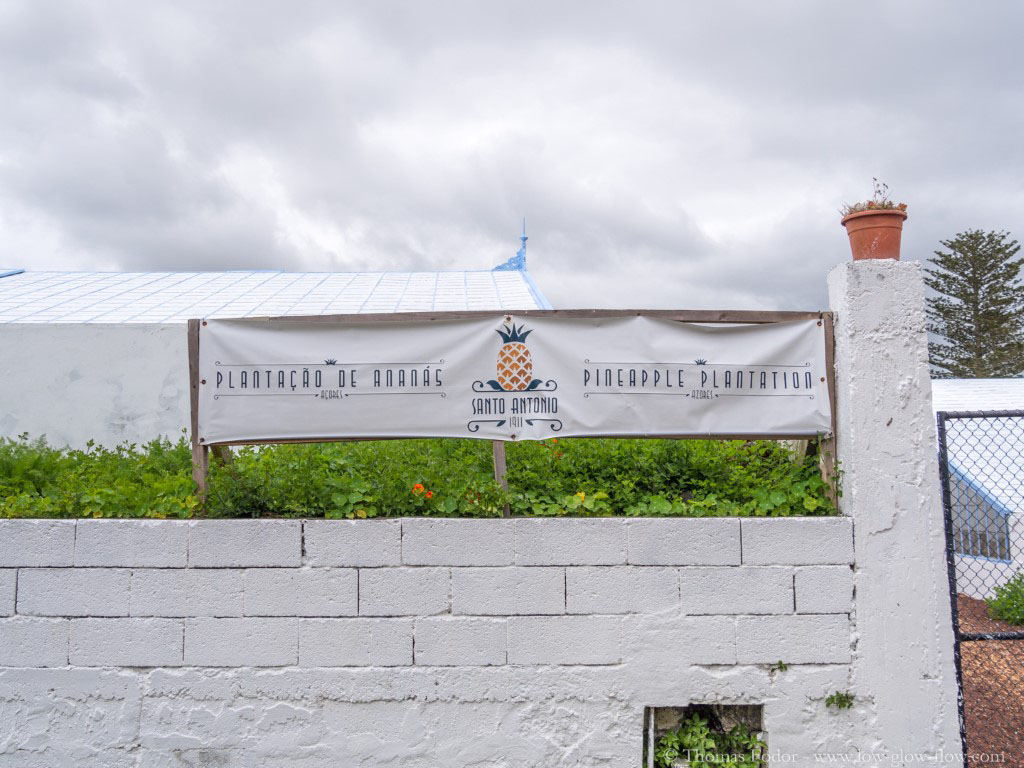 As the video shows, the plant is first planted in a compost-like soil by laying a stump (a stick about an 16-22 cm long in length) where it takes a little thought for 6 months. They are planted laid down so that they start to sprout at both ends (and preferably in the middle as well). This can be seen on the right side of the picture. After 6 months of thinking, head to the track on the left, where another 6 months will come when planted properly. 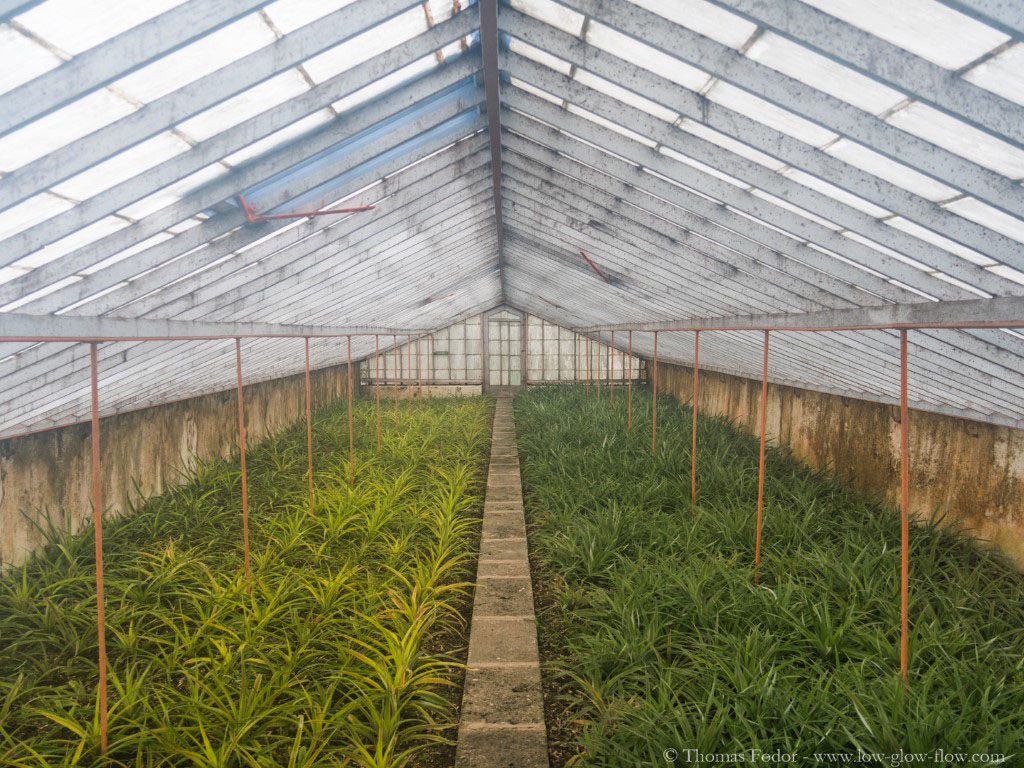 The last 6-12 months are spent in another greenhouse. The picture shows approx. tennis ball-sized fruit is already midway, ripe by the end of summer. Azores pineapples are said to be richer in minerals due to volcanic soil, but not as sweet as the others. 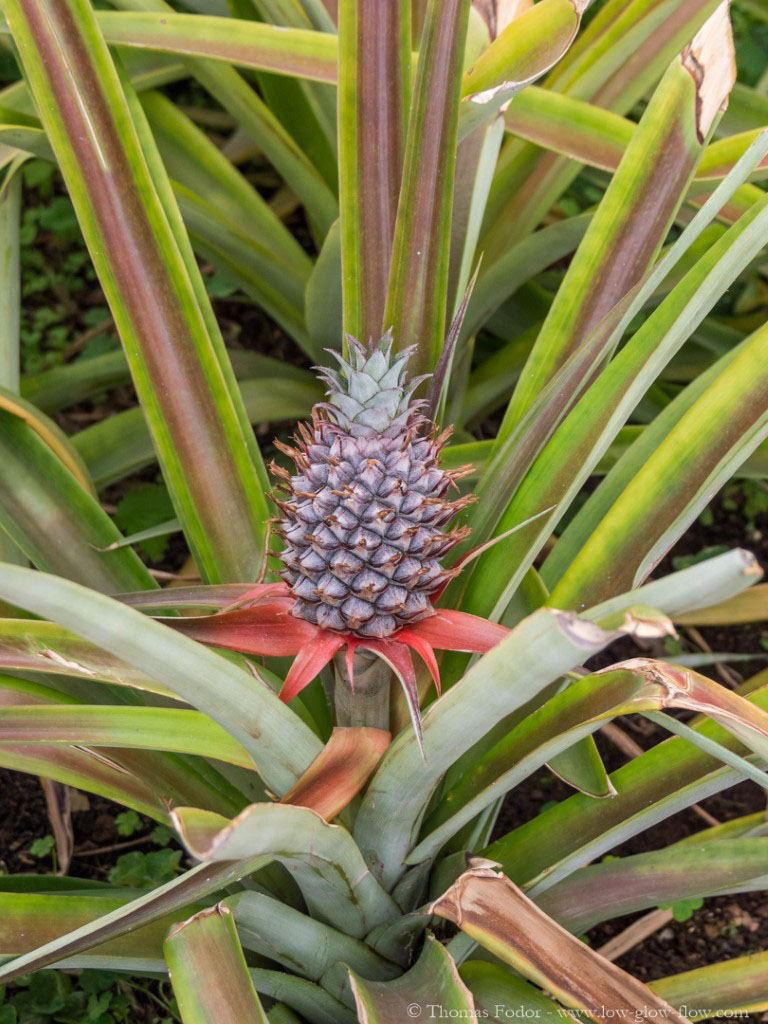 Oh, and pineapple caramel has no match 🙂